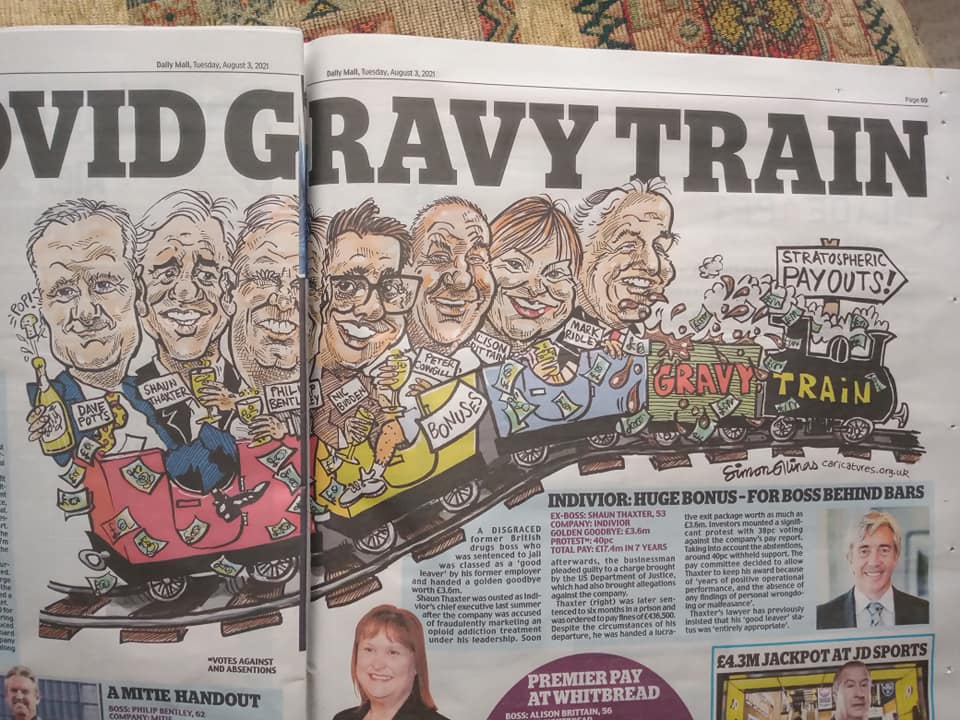 THE DAILY MAIL once again commissioned a cartoon illustration for a special feature in their business pages. This time it was an exposé of greedy bosses seeming to take advantage of the pandemic.

It was immediately obvious that the illustration should be of most of the characters mentioned riding on a ‘gravy train’ drinking champagne and spilling money along the track. These included Foxton‘s Nic Budden, Savills‘s Mark Ridley and Morrisons‘s Dave Potts.

Fortunately all the people had instantly caricature-able faces an, of course, they had to be sitting in a funfair style steam train.

As a former magazine designer, I am always aware of layout possibilities, so I suggested the curvy tracks and the cut out design for this double page spread.

It is delightful to see one’s work used so large in a national publication as it is a great demo of how to use a cartoon illustration in newspapers and magazines.