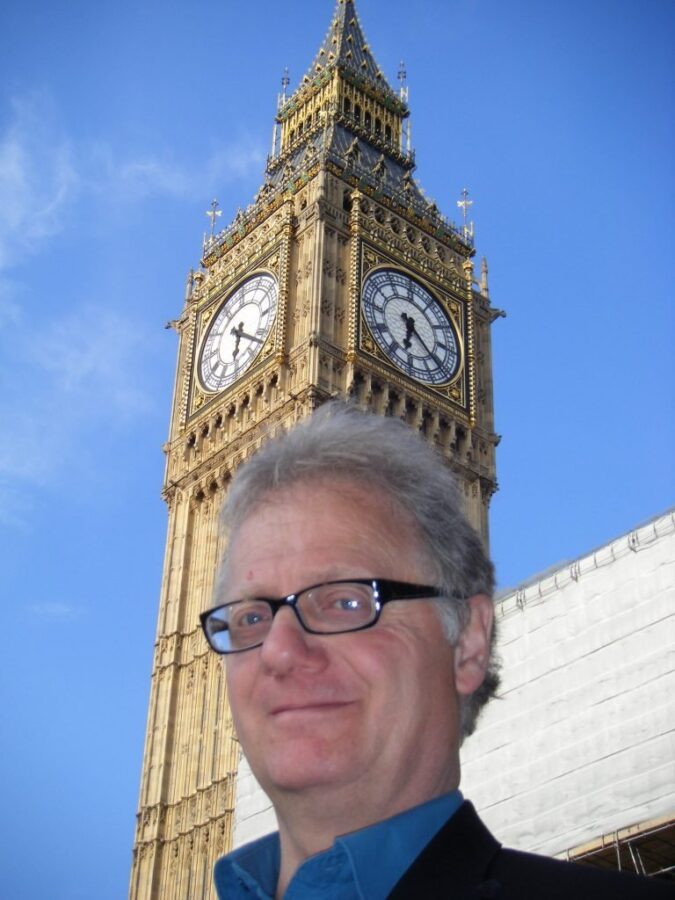 ALTHOUGH I’M NOT the only caricaturist in London, I was actually born here. I was born in Clapham, South London to Greek and Irish parents who met up in the United Kingdom to set up a business together. After a brief relocation to Tadworth in Surrey, we were uprooted again and brought to Hendon in North London where I lived until I got married. My wife and I moved a bit further out to Barnet which, although officially in Hertfordshire, is also the last stop on the London Underground Northern Line, so I still consider that my toes, at least, are still in North London.

Of course, the proximity to the UK’s capital city is very convenient for a caricaturist and cartoonist. Once full-time work (in various publishing companies) decided to give me up, I was often sashaying around the city with a portfolio bulging with cartoons and caricatures, showing them to prospective clients, art editors and publishers.

When I discovered the alternative way of earning a living from live caricatures, the Northern Line became my transport of choice to get to places in and around all of London. There are so many corporate hospitality venues, hotels and clubs in the capital, all of which are hired out for parties, events and conferences, that London’s transport facilities are an absolute boon to any working caricaturist.

With its panoply of eateries, music venues and theatres, London is a magnetic place to meander about after on the spot jobs. Many’s the time I have ended up in The Soho Theatre Bar or a Pizza Express for some sort of nightcap before making the short tube journey home.

Sometimes I am only climbing up the pedestrian slope from High Barnet tube station in the early hours of the morning with the feeling that the capital is loosening its enticing grip on me as if it is unwilling to let go of the only caricaturist in London.

If you would like to enquire about hiring a caricaturist for your event or party please fill in the for below.