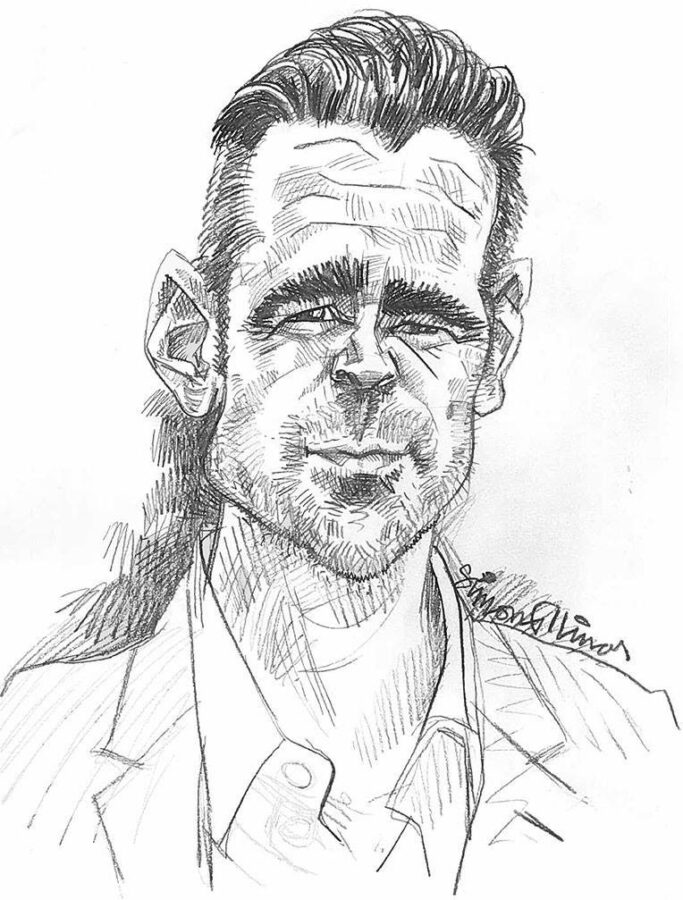 COLIN FARRELL was inspired to try acting after being moved to tears by the leading boy actor in Stephen Spielberg’s E.T The Extra-Terrestrial. I’ve admired him in many movies from Phone Booth to Saving Mr Banks but it was while watching him alongside Al Pacino in The Recruit that I felt compelled to try to do those mobile eyebrows justice. A caricaturist is on duty at all times and never more so than when watching film actors and television stars.
You can see more Caricature Pencil Sketches HERE.