THE MATTER OF definition of whether someone is a caricaturist or cartoonist is sometimes perfectly clear and sometimes a bit tricky. It’s a discussion that derives from trying decide exactly what is a ‘caricature’ and and what is a ‘cartoon’. Opinion varies wildly, particularly amongst caricaturists and cartoonists themselves. 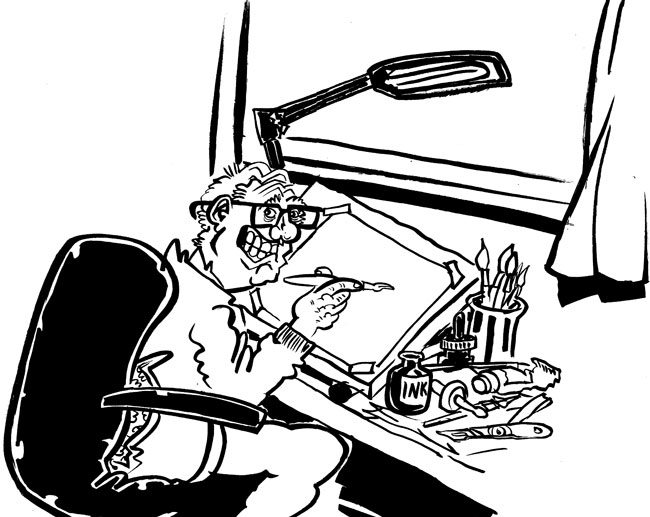 When you search for ‘definition of cartoon’, the online dictionary offers this:

Ignoring the cartoon animation response, it appears that the general feeling is that a cartoon IS a caricature as indicated by the “showing features . . . exaggerated” definition. 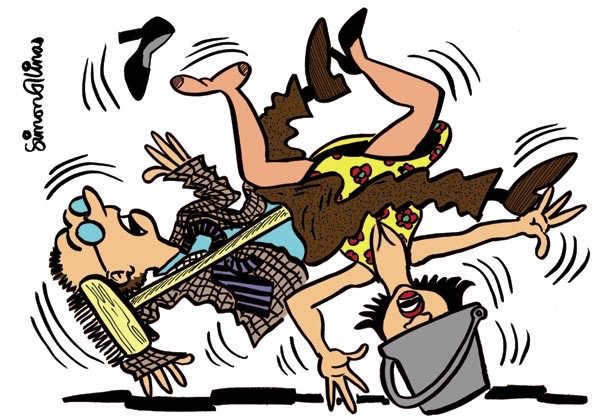 The first image on this page is a CARTOON of myself in my studio, but it also includes a CARICATURE version of my face. There is also the term, Cartoon Illustration, an example of which is shown above. This purely a cartoon with no attempt to render the faces into caricatures of any recognisable people. They are merely Cartoon Characters.

Then, you also get the Joke Cartoonist or Gag Cartoonist who put across humorous observations in an economical, graphic manner. Is this sort of illustration more of a cartoon than the others? 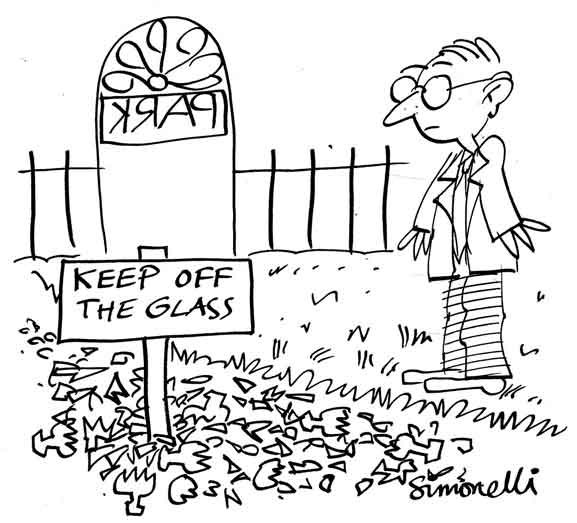 You will find that some cartoonists cannot draw caricatures and vice versa, whereas others can be a dab hand at both skills.

Am I a caricaturist or cartoonist?

My own personal ‘journey’ through this profession started with copying the illustrations from superhero comic books, imitating the cartoon strips in the Beano and The Dandy and, eventually, drawing caricatures of schoolfriends and teachers (at the expense of my own education!) As such, while I am probably more a caricaturist than a cartoonist I would be most likely to introduce myself as a “cartoon illustrator” as it covers most aspects of the craft. 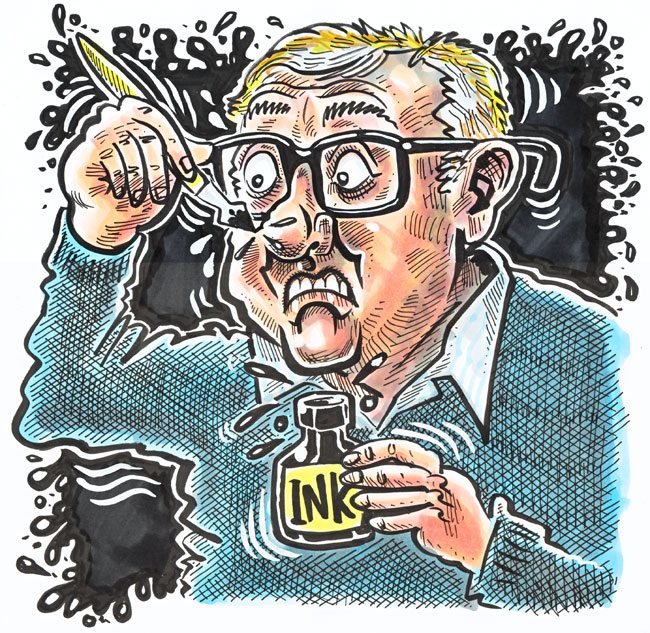