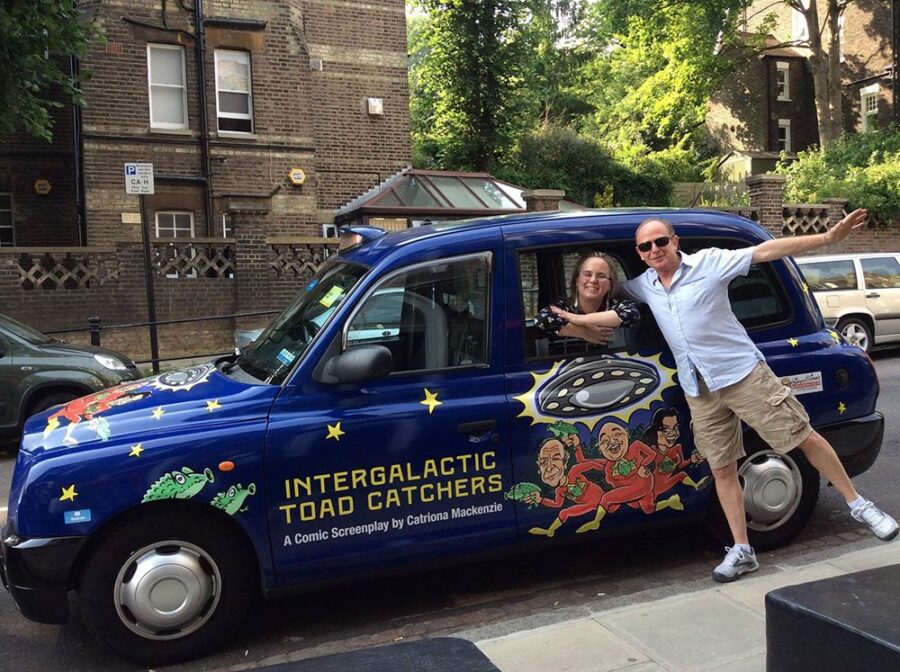 IT’S AMAZING WHERE your cartoon illustrations can appear. Since around 2012, I have been lucky enough to have an annual commission from a film screenplay writer which consists of promoting her screenplay with my cartoons displayed on a London Taxi cab travelling around London for a whole month. 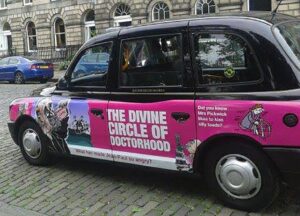 Except for this one (left) which was in Edinburgh.

The whole project has branched off into several areas including the full production of a short film drama and a one day Short Film Festival held in Soho.

It’s always great fun working with a fellow creative on the production of cartoons and to be of help in the promotion of achieving their own goals.