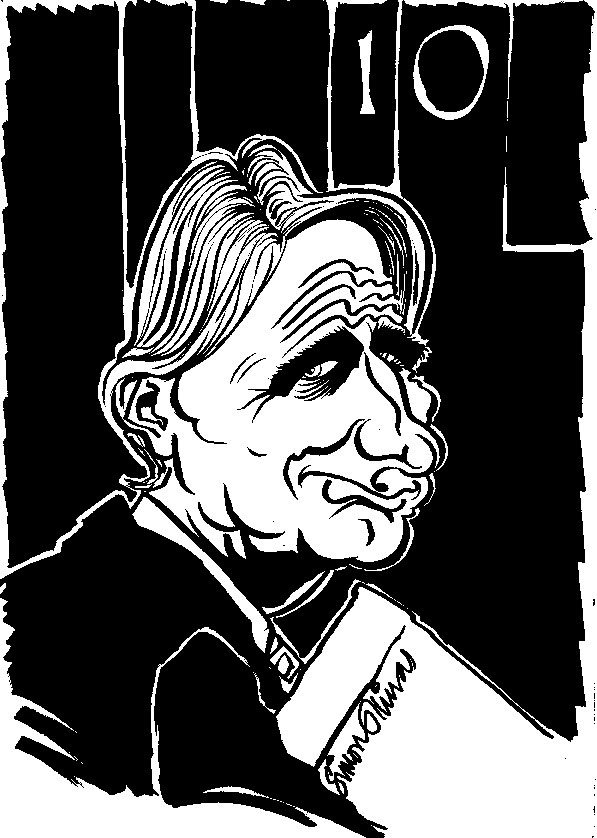 AS THE LATEST Conservative Party Conference gets under way in Manchester, we can look forward to a few days of the news channels becoming choc-a-bloc with reports of major political personalities jockeying for position around the increasingly hapless-looking Prime Minister, Theresa May.  Above, you can see a caricature of the Chancellor of the Exchequer Philip Hammond.

Watching both Theresa May (on the Andrew Marr Show) and Philip Hammond on the news this morning, one gets the impression that if you were to ask them if human beings breathed in oxygen and exhaled carbon dioxide they would reply: “This is a matter that we are deeply concerned about and we are implementing a timetable to discuss meetings about this very thing even as we speak.” A straight answer is something that politicians are trained from an early age to avoid.

One matter dominates this Conservative Party Conference and that is the Foreign Secretary and Minister of State for Self-Caricature, Boris Johnson. The Prime Minister herself tacitly hinted that he could easily be sacked and today’s caricatures guest, Philip Hammond said only this morning that “all ministers are sackable”. So it seems that the Sheffield Stainless Steel industry is going to be safe for some time yet.

‘Spreadsheet Phil’, as Hammond is often known, because of his love of dry facts, figures and statistics has a generous amount of facial features to keep a caricaturist happy. The deeply-sunken eyes framed with dark, lack-of-sleep rings and the long horse-like nose leading down to a delightfully unevenly-toothed mouth seem to be a perfect depiction of the word ‘lugubrious’. Political cartoonists have been having a lot of fun with him since he came to the front bench.

But then, the entire political landscape has been enriched for satirists over the last couple of years not only in the United Kingdom.