I WAS BORN in Balham, South London and after a brief time in Tadworth, Surrey, we moved to Hendon in North London. So, I have always been a cartoonist in London. As you can see from the above, I used to brand myself as The London Caricaturist as well; a soubriquet now shared with several hands-full of other cartoonists.

The advantages of living and drawing cartoons in one of the world’s major capitals is that the market is, ostensibly, quite large. The internet, of course, has made the entire world our market place, but it’s still great being able to promote one’s illustrations and artwork in London.

One of my first topical cartoon commissions in London was for The Sunday Times. 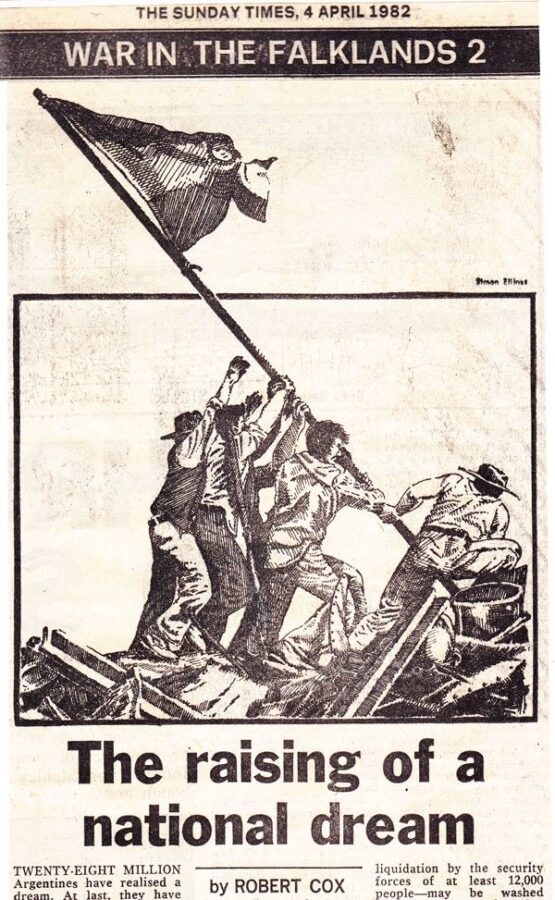 This was gained by going to a meeting with the Sunday Times Art Editor at their old offices in Gray’s Inn Road and showing my portfolio. There was something very exciting about travelling into London as a cartoonist on the hunt for the next published commission. In this way, I gained work from a wide variety of magazines and newspapers over both the Eighties and Nineties. You can see more of my Topical Cartoons HERE

And then, of course, offers of Live Caricaturing work started coming in, making it very easy for a London Cartoonist to more than double his income from this offbeat relation to traditional cartooning. More of an entertainment, than true cartooning, frequent clients were (and are, still) entertainment agents wishing to offer their customers something to make a change from the ubiquitous magician or balloon modeller.

As you can see, even some political parties are sometimes not adverse to having a laugh about themselves!

An on-the-spot caricaturist drawing at parties in London can get to see many of the luxurious venues which would ordinarily set you back a few hundred quid to get into. From all the top hotels through to The Tower of London Walkway, The Shard and exclusive clubs such as Annabel’s, the London cartoonist can feel a bit like a celebrity for a short while!

While many assignments have included jaunts abroad to such places as Cairo, Copenhagen, Barcelona and beyond, the city where I was born makes me fond of being a Cartoonist in London.