IT’S THAT TIME of year again when we amateur astronomers quiver with excitement at the prospect of viewing some shooting stars in the constellation of Perseus. Astronomy and the cartoonist might not seem such a likely fit, but some of us are gazing upwards to the heavens as well as downwards to our drawing boards.

Unfortunately, here in the United Kingdom, we are at the mercy of the ever changing weather and almost every major celestial event is, like a well-known Pink Floyd album, invariably obscured by clouds.

In fact, I suffered so much, at one time, that I was impelled to write a poem which I performed live many times at pubs and clubs around London. With cartoons on a flipchart illustrating each verse, it was deemed by some, as being quite amusing. 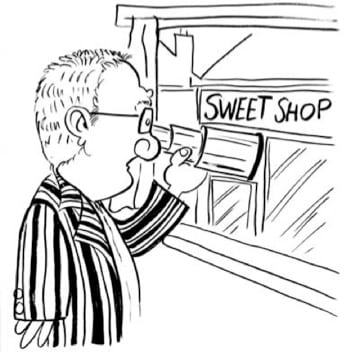 I’ve seen Galaxies, Milky Ways and Mars
in sweet shops – they’re chocolate bars.
But I’ve never seen them in the night sky
either with telescope or naked eye

I must be a poor astronomer
to be missing such phenomena. 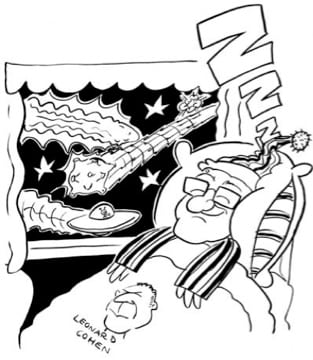 Halley’s Comet, meteors, nebulae
are celestial marvels I never see.
The cloudy skies keep them out of sight,
besides, I’m asleep at that time of night.

I can’t even muster
a globular cluster. 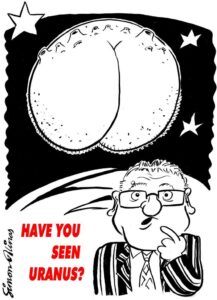 Astronomers like to play little games:
constellations don’t look like their names;
Uranus is rude, ‘yurrenus’ will do;
we can’t have a planet doing a poo.

Life on other planets is unlikely:
the concept is totally alien to me. 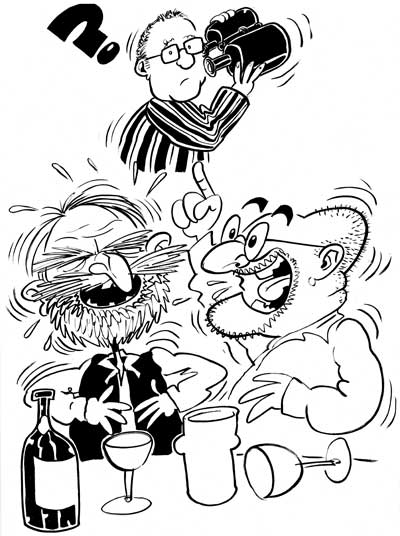 Despite all this I carry binoculars
in case I discover some new stars.
My friends find this all rather comical
– the odds against it are astronomical.