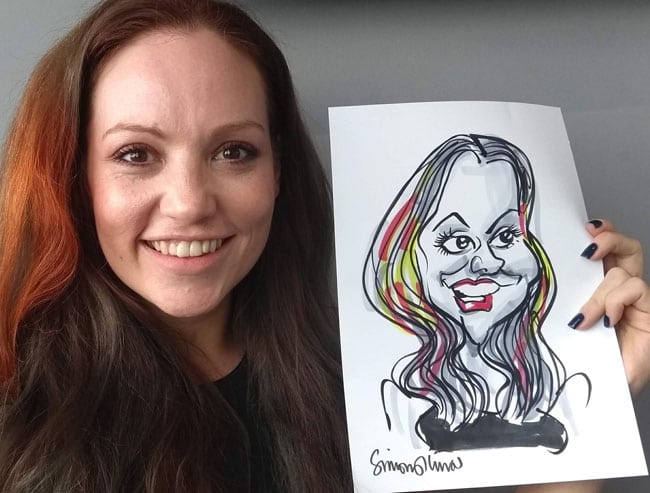 IT’S BEEN sometime since I’ve been hired to draw caricatures live at parties. While more studio-based work has taken up much of my time I had been beginning to miss the constant travelling out and around the country (and beyond) that this entertainment-based variation involves.

And so it was that I was called into the offices of a global media marketing giant in London to draw their staff, colleagues and guests on their sumptuous rooftop suite of bars and terraces.

It’s great getting out to meet new people and to get a taste of their lifestyles. The gratifying thing is that the caricatures I produced were universally liked by all, including board members and CEOs!

I have often been asked to draw digitally on an iPad, with each image being emailed to the recipients, but this time it was back to pen and paper which, I must admit, I prefer, having a direct link between the ink and the paper.

If you would like to book me for your event or party, please use the form below. I look forward to hearing from you.